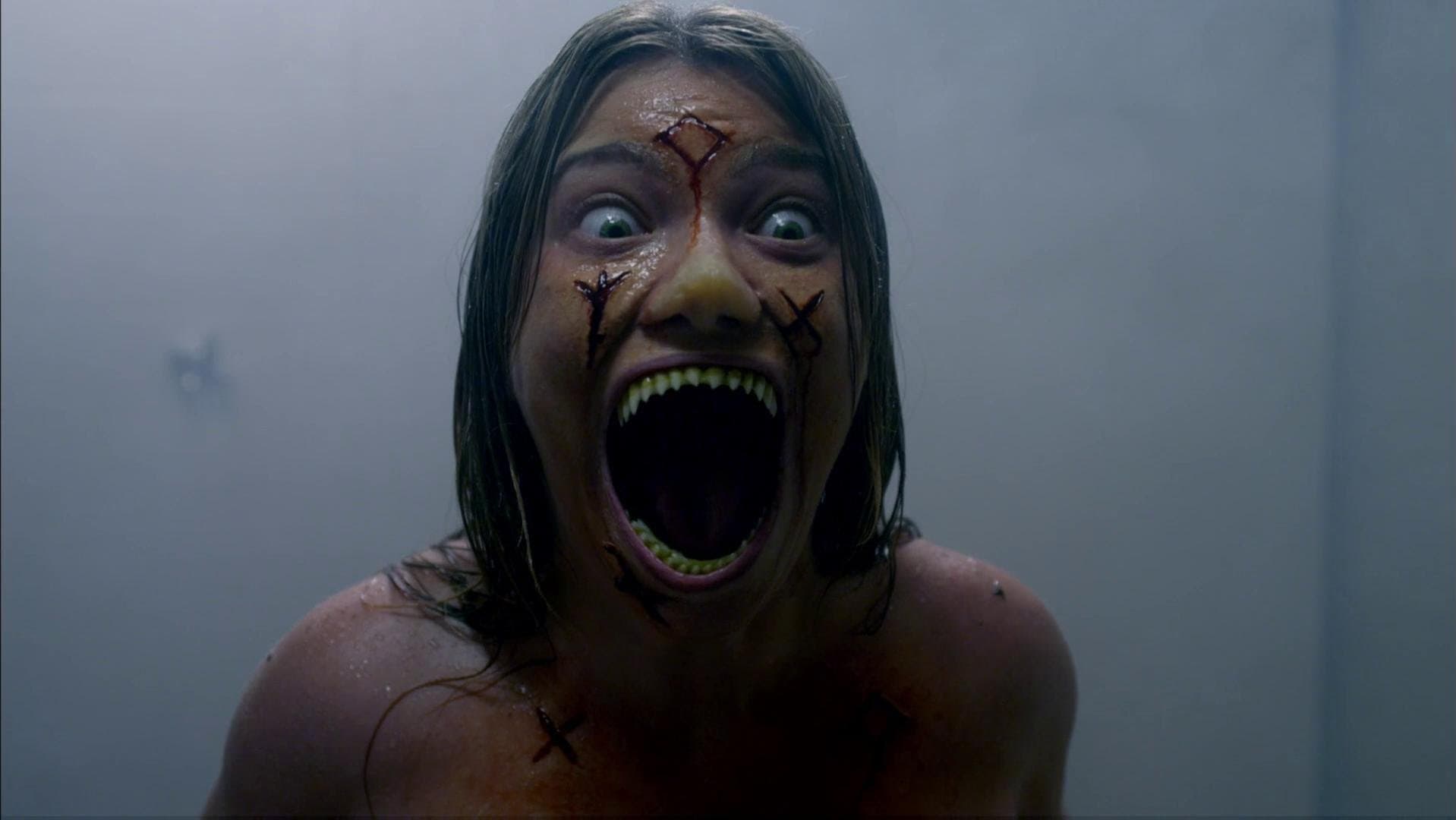 So, Ghostquake (a.k.a. Haunted High) is bad.

That line alone is probably enough to stop most people from watching this movie. Still, what’s worse than bad is that Ghostquake is just extremely boring. See, I can handle a bad movie, and rumor has it that I love myself some unintentionally funny bad films. But a boring bad movie, that to me, is the worst kind of film. It leaves you with the feeling that no one really cared about the finished product, and some executive just needed to fill a quota, or quickly launder some money. Personally. I would go with the second option when talking about this one. 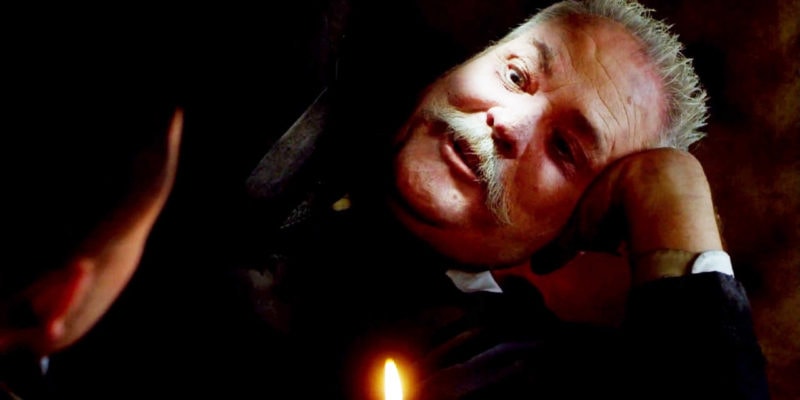 Made for legally legit reasons or not, Ghostquake or Haunted High, or for completionists Ghostquake: Haunted High is a Syfy original movie about a high school student that releases the evil spirit of his deceased cult leading grandfather, as well as his super evil groupie mistress from their imprisonment/exile/banishment/unspoken plot device.

It all begins when our non-descript main character has his creepy history teacher, who is obsessed with the occult, and enjoys bringing high school boys down into the boiler room convinces, said generic hero to join him in the boiler room to deal with a random task. He then proceeds to shake him down for info about his dead grandfather, and apparently lunch money in the form of antique coinage.

We then find out that his hawk-like history teacher eyes had noticed that our lead has in his possession a bag of cursed gold coins. This part of the story I completely connect with, as I used to love showing off my collection of Alf Pogs that contained the soul of my long dead Satan worshiping relatives.

So, after a bit of a tussle, an evil coin hits the ground causing a light bit of light ground shaking, otherwise known as Ghost tremor. It was too small to be a full on quake, but the restless dead did do a bit of land movement for at least the minimum effect of allowing the release of their cult leader, and his evil lady friends lost souls. Our hero’s response:

“Go back upstairs, and help with prom decorations.”

I should take this time to mention that this wonderful story line is just the main plot. Ghostquake also has a plethora of side plots to help flesh out its story; plus its main plot line would struggle to fill 20 minutes of screen time. These absolutely useless side stories include an overweight hacker nerd, being forced at knife point to break into the school at night, for the sole purpose of being able to hack the Tandy 2000 that runs the school computer network.

Then there is the school rock band whose lead singer loves the music teacher, and both the bass player and drummer lover the lead singer, and yet even with all that teen angst and drama, can’t right a good song to save their damn lives.

This leads us to the final plot line worth mentioning, which includes a child labor law breaking prom set-up committee that apparently has to work past midnight on a school night, making and setting up the gym decorations.

If it helps add any context, all of these stories are placed in the film for the sole purpose of adding to the body count.

Taking a bit of a sidebar ourselves, if at this point you have taken a gander at the cast for this film you will actually see a few names you might recognize. There is Danny “Machete” Trejo, Charisma “Scene to be added later” Carpenter, and M.C. “Tom Friendly” Gainey. Well, don’t get too excited about Miss Carpenter as her scene is about 45 seconds long. I figure after filming for the first hour she quickly caught on to what kind of outfit she was dealing with as she was handed her pay for the day which consisted of a single a yellow post-it note with a frowny face drawn on it in red crayon.

As for they other two, Gainey plays the main evil ghost, and Trejo plays the school janitor whose sister was murdered by the cult years before. This relationship leads to one of the strangest movie fights I have ever seen to date. You see, after being murdered by the cult leaders nameless lady friend, ghost Danny Trejo comes back from the dead to drag ghost M.C. Gainey to hell with him. I know that doesn’t sound really weird, but when Ghost Trejo comes back from the dead he is now shirtless, as shirts are apparently a faux pas in the afterlife. 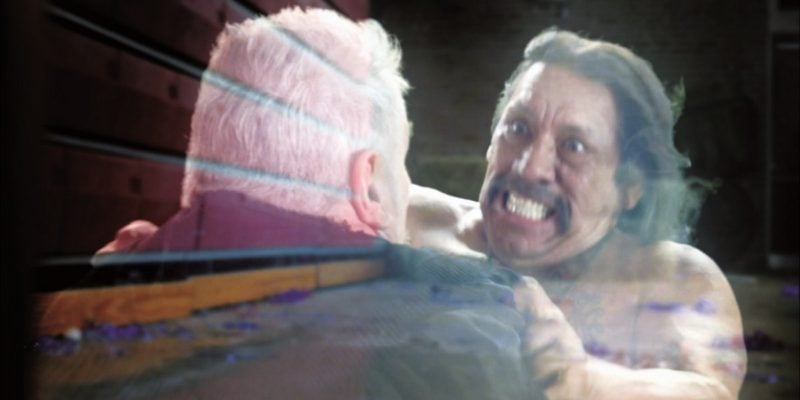 I really want to say “Ghostquake” tried hard to be good, but that would be a lie. I want to say that the funny bad parts outweighed the large amount of boring cliche parts, but again that’d be a lie. “Ghostquake” was basically a movie made with zero intention of making money, or drawing viewers. I guess Syfy just needed to fill the time between the end of the 20 hour “Ghost Hunters” marathon and the late night infomercials. So if you want my advice, skip this one, or shirtless ghost Danny Trejo will haunt your dreams forever!

Get your copy of The Important Cinema Journal today!